… like a man coming over the top of the hill singing.

Ah, a new Robert Crais novel. Life is good. And (at last), the World's Greatest Detective, Elvis Cole, and his stoic sidekick Joe Pike are solving someone else's problem, not enmeshed in ones of their own. Elvis's absent love, Lucy? Thanks to the magic of Kindle's search function I can tell you that her name does not appear in the book.

Elvis is hired by Nita Morales, who's concerned that her daughter Krista has gone AWOL with her mysterious boyfriend Jack. And she's gotten a ridiculously low ransom demand, communicated by Krista in a way to let Mom know that something strange is going on.

But since there's a prologue, we know that Krista and Jack have been Taken, rounded up with a bunch of illegal immigrants by murderous thugs.

Will Elvis figure things out? Well, sure: he's the WGD. But, thanks to the book's Pulp Fiction-style disjointed storytelling, we also learn early on that he falls into peril himself, leaving Joe Pike (assisted by relatively new character Jon Stone) to do some detecting on his own in order to rescue his buddy. As it turns out, Joe's pretty good at it.

Although Elvis's wisecracking powers seem to be diminished from the early novels, he does get off an excellent one on page 303. (No spoilers here.)

We almost have a theme today. That's unusual. 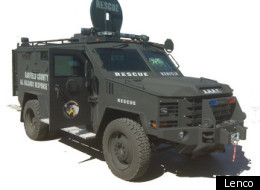