Presidential candidate John Delaney vs. the late John Fielder. Who had a long, distinguished acting career, but (for me) mostly memorable as Mr. Peterson on "The Bob Newhart Show". 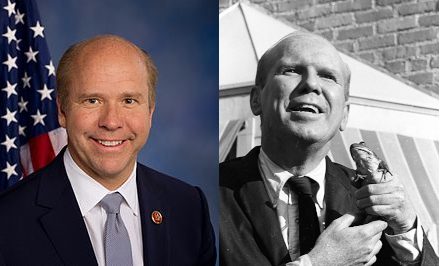 This is obviously unfair to … one of these guys. Not sure which. Maybe both.

Personal note: my daughter is getting married today to a wonderful young man. So my thoughts are on their likely future. And I'm trying not to be depressed or angry about what current political trends imply for that future. It's not a pretty picture, Emily.