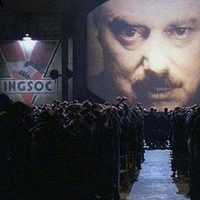 I had so far managed to avoid reading anything by Mark Bittman, who authored a food column called "The Minimalist" for more than 13 years at the New York Times. But he recently broke out of the foodie ghetto and penned an "Opinionator" column entitled "A Food Manifesto for the Future", and—aaagh, my eyes! Rarely will you see such happy-face arrogant totalitarianism encapsulated in a brief column.

The first danger sign: overuse of the first person plural.

For decades, Americans believed that we had the world's healthiest and safest diet. We worried little about this diet's effect on the environment or on the lives of the animals (or even the workers) it relies upon. Nor did we worry about its ability to endure -- that is, its sustainability.

Note that when Bittman says "we" here, it's a euphemism. He's not including himself. He really means "you idiots." But Bittman's primary purpose isn't to berate his fellow citizens for their blissful ignorance. He's here to advocate.

That didn't mean all was well. And we've come to recognize that our diet is unhealthful and unsafe. Many food production workers labor in difficult, even deplorable, conditions, and animals are produced as if they were widgets. It would be hard to devise a more wasteful, damaging, unsustainable system.

—no imagination necessary. Bittman's prose isn't meant to be thought about rationally.

Bittman obviously claims a lot of gripes motivate his crusade. I'll concentrate on the food-nannying here just to keep things manageable. That shouldn't be interpreted as saying that I buy into his environmental hysteria, accept his animal-rights extremism, or think he has anything meaningful to relieve the drudgery of agricultural workers. All these things are really just excuses for his advocacy of government control over what you and I eat.

So let's think a bit about what it means to deem "our" diet to be "unhealthful and unsafe." It's false not only in its sweeping generalization over the entire populace, but also in its implied binary: that there's a bright easy-to-draw line between evil "unhealthful and unsafe" diets and the healthy/safe ones.

In fact, it's more like a continuum: there are less-risky and more-risky diets. There are major disagreements about some important risk factors. Worse, what makes a diet risky varies widely between individuals, and also varies at different stages of life.

Putting things in terms of risk clarifies the issue. For one thing, people trade off risky behavior for other benefits all the time. (For many examples, check out the fascinating Wikipedia article on micromorts.) Is "risky" food special, somehow different from all those other risks? Why?

And finally: even if people eat the safest diet possible (assuming they can figure out how to do that): they still are gonna die of something—possibly boredom. It's not really "diets" that are unsafe and unhealthful: it's life itself. The mortality rate is, as far as we know, 100%.

Bittman's apocalyptic rhetoric isn't particularly accurate or useful. It is, however, just a setup for his "manifesto":

Here are some ideas -- frequently discussed, but sadly not yet implemented -- that would make the growing, preparation and consumption of food healthier, saner, more productive, less damaging and more enduring.

Here's what you need to know about Bittman's "ideas": every last one involves the coercive powers of Your Federal Government: subsidies, taxes, laws, regulations, mandates, spending. And in addition to the outright coercion, there will be even more food-nanny nagging, paid for by tax dollars.

In other words, although Bittman thinks he knows how to make the food system "healthier, saner, more productive, less damaging and more enduring," simply pointing that out won't be enough to make people actually do anything different voluntarily.

It's very easy to get suckered by Bittman's very first recommendation:

The only possible quibble I have is: that sentence is three words too long.

But Bittman makes it clear that he's very much in favor of subsidies. He's just against money going to things he doesn't like:

… which would pay for a great many of the ideas that follow.

Oops. Fortunately, Our Federal Government has plenty of cash that can just be diverted from the present batch of evildoers to the right people:

Begin subsidies to those who produce and sell actual food for direct consumption. Small farmers and their employees need to make living wages. Markets -- from super- to farmers' -- should be supported when they open in so-called food deserts and when they focus on real food rather than junk food. And, of course, we should immediately increase subsidies for school lunches so we can feed our youth more real food.

You know, pretty much everyone needs to eat. It's a testament to Bittman's statist mindset that he can't imagine people being able to satisfy that need voluntarily, with their own money; instead let's create vast new swaths of government welfare recipients!

Bittman's next recommendation is another libertarian sucker trap. He giveth:

Break up the U.S. Department of Agriculture […]

And then he taketh away:

[…] and empower the Food and Drug Administration.

So it's another shell game where the taxpayer never gets the pea.

Meanwhile, the F.D.A. must be given expanded powers to ensure the safety of our food supply. (Food-related deaths are far more common than those resulting from terrorism, yet the F.D.A.'s budget is about one-fifteenth that of Homeland Security.)

Bittman talks about food safety as if it were a looming crisis. In fact, as near as the Center for Disease Control can tell most food-borne illnesses are decreasing. (The only exception is Vibrio, a relatively small component of the spectrum of food-borne illnesses. I suspect this is due to the increased popularity of sushi.)

Another recommendation that will make sensible folk roll their eyes:

Encourage and subsidize home cooking. (Someday soon, I'll write about my idea for a new Civilian Cooking Corps.) When people cook their own food, they make better choices. When families eat together, they're more stable. We should provide food education for children (a new form of home ec, anyone?), cooking classes for anyone who wants them and even cooking assistance for those unable to cook for themselves.

I suppose I could imagine more intrusive proposals than this one. Needless to say, your level of home cooking will have to be rigorously monitored in order to make sure you aren't getting more than your due share of subsidization. There will be forms to fill out, and itemized receipts to save and submit. You'll have to take that evil salt shaker off the table. And someone will have to make sure that your family is eating together: perhaps a small camera to make sure surly teenagers aren't simply skulking off into their bedrooms with a plateful of Bittman-approved quinoa and black beans.

Tax the marketing and sale of unhealthful foods. Another budget booster. This isn't nanny-state paternalism […]

[…]but an accepted role of government: public health. If you support seat-belt, tobacco and alcohol laws, sewer systems and traffic lights, you should support legislation curbing the relentless marketing of soda and other foods that are hazardous to our health -- including the sacred cheeseburger and fries.

Obviously, Bittman is not really into making fine distinctions; otherwise, he might wonder whether slapping a massive tax on your Chipotle BBQ Bacon Angus Third Pounder is really justified by the same argument as that for "sewer systems and traffic lights."

But otherwise: you know all those crazy libertarians who predicted that "nanny-state paternalism" was a slippery slope? That "for your own good" intrusions into personal decisions would inevitably be used as an excuse for even more?

Yeah. They were right.