… has been seeking P. F. Sloan, but no one knows where he has gone. 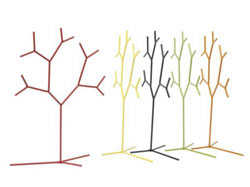 Unfortunately the title of Bittman's column is "Don't End Agricultural Subsidies, Fix Them". Sounding like a very bad fourth verse of that dreadful John Lennon song:

Imagine support designed to encourage a resurgence of small- and medium-size farms producing not corn syrup and animal-feed but food we can touch, see, buy and eat -- like apples and carrots -- while diminishing handouts to agribusiness and its political cronies.

You may say he's a dreamer, but he's not the only one.

To his credit, Bittman does a half-decent job describing some of the problems with the current subsidy program. But you can get a completely-decent description of those problems and more from Cato's Downsizing Government site. Summary:

"Other than that, though, they're fine."

It sounds unforgivably condescending, but it's tough to characterize Bittman's attitude as anything less that a childlike faith in statist theology, a True Believer. Even though he admits multiple malfunctions and dysfunctions in the current subsidy system, he can't bring himself to the obvious response: just stop it..

As I've noted before: when confronted with three tons of government money going down a rathole to ill effect, the statist response is: let's make it four tons, and toss it down this rathole, of slightly different shape, instead.

If Americans decide to eat more fruit and vegetables, you can be sure that farmers here or abroad (and it does not matter which) will be happy to provide them. The solution lies not in tinkering with the program in the hope that finally, this time, bureaucrats in Washington will get it right, but in freeing the farmers from government interference totally, and letting the market decide which foods are grown.