Any resemblance to actual flaming dumpsters is purely coincidental. 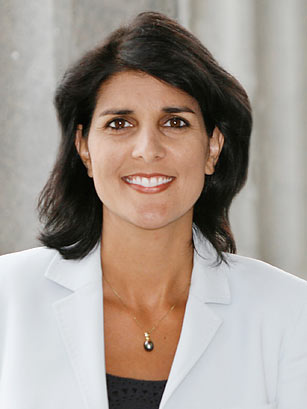 "Harpootle" is a word I just invented. Its rough definition is "to attack someone in a way that reveals the attacker as foolish, petty, vile, and/or stupid."

It's named after Dick Harpootlian, whose previous claim to fame was having his name relentlessly mentioned by professional humorist Dave Barry during the 2008 New Hampshire Presidential Primary. (See here; here; here; here; here.)

Dick (or as his friends call him, "Dick") has since become chairman of South Carolina's Democratic Party.

The SC Dems are in pretty sad shape: they are a solid minority in both houses of the state's legislature; both of the state's US senators are Republicans; Democrats hold only one of SC's six US House seats. They nominated last year's most (um) unusual candidate to run against Senator Jim DeMint, Mr. Alvin Greene.

And, despite the previous GOP governor having spectacularly self-immolated, Democrats also failed to win the state's gubernatorial election last year. The current governor is Nimrata "Nikki" Randhawa Haley, elected with considerable help from Sarah Palin and the Tea Party.

Which makes her a target for Dick Harpootlian.

"Well," I hear you saying, "that's his job, right?" Sure, but Dick has a history of going well beyond normal interparty bickering and cheap shots. He's flung the word "retard" at his political opponents; he called SC Senator Lindsay Graham "light in the loafers"; when he ran for office decades back he famously said: "I don't want to buy the black vote. I just want to rent it for a day."

But his most recent harpootling (last week, when everyone else was concentrating on how fast the US should be going broke) was aimed at Governor Haley. Some enterprising Democrat snoops were able to pry out her 2001 voter registration application from the state. And—omigod—it lists her race as W! As in White!

And as you can tell from her picture up there,… Um, well, as you can probably tell from her full name, Governor Haley is of Indian origin. (Specifically, both her parents are immigrants from India.) Dick harpootled Nikki in the pages of USA Today:

"She can't even tell the truth about her racial heritage," Harpootlian said.

Now, how bad does it look to have an old white Southern Democrat pol outraged because he thinks someone with other than a pure European bloodline is trying to "pass"?

Dick was also quoted in Charleston's Post and Courier:

"Haley has been appearing on television interviews where she calls herself a minority -- when it suits her," Harpootlian said. "When she registers to vote, she says she is white. She has developed a pattern of saying whatever is beneficial to her at the moment."

Harpootlian, on the other hand, has developed a pattern of saying whatever pops into his head at the moment, no matter how silly.

It was not "beneficial" to Nikki Haley to have that "W" appear on her voter registration. It didn't get her a free ride to the polls or a coupon for a Big Mac. South Carolina is simply one of those states which, due to previous bad behavior, has to report racial classifications under the Voting Rights Act. Her "W" was just fed with millions of others into a statistical stream analyzed by Your Federal Government to somehow guarantee there was no race-based vote-denying going on.

There are some details at the linked stories about the uncertain provenance of that "W": Was it automatically fed from Haley's driver's license data? Did she answer that question differently in the past? Curious, race-obsessed minds want to know!

But I don't need to know.

Odious as it is, Your Federal Government has an official document on racial classification. It recognizes five Official Races that must appear on any categorization: "[1] American Indian or Alaska Native, [2] Asian, [3] Black or African American, [4] Native Hawaiian or Other Pacific Islander, and [5] White." There are two Official Ethnicities: [1] "Hispanic or Latino" and [2] "Not Hispanic or Latino." These categories were derived not from DNA analysis or rigorous social science, but intensive political negotiations.

The "Asian race" category is pretty much a catch-all, roughly "descended from anyone on that end of the world". ("A person having origins in any of the original peoples of the Far East, Southeast Asia, or the Indian subcontinent including, for example, Cambodia, China, India, Japan, Korea, Malaysia, Pakistan, the Philippine Islands, Thailand, and Vietnam.") So, it would have been technically OK with the Feds if Haley wanted to pick that "race" for herself.

But she (apparently) didn't, and (most importantly) didn't have to. Because even the official document says:

[S]elf-identification is the preferred means of obtaining information about an individual's race and ethnicity, except in instances where observer identification is more practical (e.g., completing a death certificate).

Get that, Harpootlian? Governor Haley is free to classify herself anyway she wants.

As a girl, her parents -- the first Indian immigrants this small, working-class town had ever seen -- entered Nikki and her sister in the Little Miss Bamberg pageant. The judges of the contest, one that crowned one black queen and one white queen, were so flummoxed that they simply disqualified Nikki and her sister, Simran -- but not before Nikki, about 5, sang "This Land Is Your Land."