Here's a graph of Federal receipts and outlays since 1977, expressed as percent of GDP; post-2009 numbers are estimates: 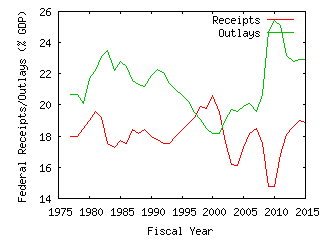 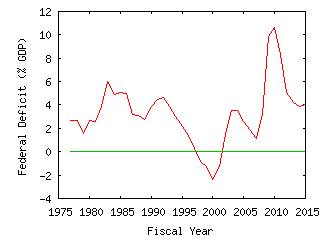 Click on the graphs for their fullsize versions. Data is here (snipped from Table 1.2 on this page) and my Gnuplot script is here. If you'd like to see the data extended back to 1930: here's the receipt/outlays graph and here's the deficit graph.

Some other random comments and URLs: