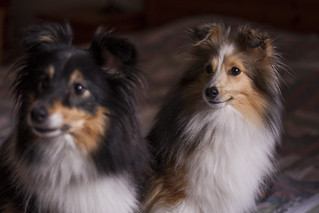 17 Pay attention and turn your ear to the sayings of the wise;
apply your heart to what I teach,
18 for it is pleasing when you keep them in your heart
and have all of them ready on your lips.
19 So that your trust may be in the Lord,
I teach you today, even you.
20 Have I not written thirty sayings for you,
sayings of counsel and knowledge,
21 teaching you to be honest and to speak the truth,
so that you bring back truthful reports
to those you serve?

Given our oddball coverage of Proverbs, we've already seen 24 of the Sayings.

But the Proverbialist is pretty annoying here, isn't he? Can't he just let his insight and wisdom speak for itself?

■ A pretty obscure literary pun in the headline of @kevinNR's article: From Ritual to Bromance. It's a musing about how useful "toughness" is in political leadership. Spoiler: not very, and to think so is misguided.

The United States of America is a big, diverse, complex modern country with big, diverse, complex modern problems. The most significant of those problems are never going to be “solved” because they are not subject to final resolution. The fundamental problem with health care, for example, is that Americans’ expectations about the level of care they ought to be receiving are misaligned with their willingness to pay for that care. This misalignment is made worse by the legacy of nearly a century’s worth of prior attempts at imposing “solutions” to this problem on the nation, its government, and the economy. You don’t “solve” a problem like that. You try to manage it intelligently. There is no “solution” to the problems of Islamic terrorism, the social disruption associated with new modes of economic production at home and abroad, Chinese nationalism, global warming, crime, drug abuse, or HIV. To the extent that there is something approaching a solution to some social problems, those solutions do not look very much like a man in a suit signing a bill in the Rose Garden: They look a lot more like the worldwide campaign against polio which, the admirable efforts of the Rotarians notwithstanding, remains incomplete decades into the effort and after billions of dollars spent on it.

“Get tough on polio”? Grow up.

The increased prevalence of fentanyl in black-market heroin has magnified the danger. "Heroin fluctuation in purity is a known overdose risk," write University of British Columbia internist Nadia Fairbairn and her co-authors in an article about naloxone, "and the presence of illicit synthetic opioids contaminating the heroin supply has led to a particularly erratic 'street dope' market that multiplies this risk. People who use heroin are potentially exposed to large variations in drug potency depending on the extent of adulteration with synthetic opioids, thus increasing overdose risk."

As Beletsky and Davis note, "These increases in harm were as predictable as they are disastrous." In fact, they say, "The iatrogenic risk to the health of people who use drugs was not just foreseeable, but in some cases directly foreseen by policymakers." They quote Carrie DeLone, Pennsylvania's former physician general, who recently confessed that "we knew that this was going to be an issue, that we were going to push addicts in a direction that was going to be more deadly." Her justification: "You have to start somewhere."

See above: Dr. DeLone no doubt prided herself on "getting tough" with heroin users.

■ At Bleeding Heart Libertarians, Steve Horwitz writes on The Rhetoric of Libertarians and the Unfortunate Appeal to the Alt-Right. He discusses the talk "For a New Libertarian" from Jeff Deist, president of the "Mises Institute". Deist argues that the libertarian problem is "appearing hostile to family, to religion, to tradition, to culture, and to civic or social institution — in other words, hostile to civil society itself." And then goes off the rails with:

In other words, blood and soil and God and nation still matter to people. Libertarians ignore this at the risk of irrelevance.

For those who know something about the history of the 20th century, the invocation of “blood and soil” as something that libertarians should recognize as a valid concern and should appeal to should be chilling. That phrase, which has a history going back at least to the 19th century, was central to the Nazi movement and was at the core of their justification for eliminating those people who did not have connections to the German homeland. It remains a watchword of the nastiest elements on the right, as a quick visit to bloodandsoil.org will demonstrate, if your stomach can handle it. That phrase, whatever Deist’s intent, would be very attractive to many among the alt-right, including neo-Nazis and other racists and anti-Semites. One click on the Blood and Soil website above will make that appeal abundantly clear.

That's a good point. But Deist also makes some points that are Not Wrong, so this is one of those times where I'm not sure where my Schrödinger Cat-like political philosophy comes out.

But in the meantime, everyone who wants to be taken seriously should just stay away from Nazi slogans, OK?

■ Via Granite Geek, a NH Tech Hub story about New Hampshire’s First Retail Store Accepting Cryptocurrency Exclusively. That is the Free State Bitcoin Shoppe just down the street in Portsmouth.

When asked about if many customers had known about Bitcoin and other cryptocurrency Steven explained “So far the positive reception has exceeded my expectations! There have been a good number of foreign and local Bitcoin users who were astounded to discover a Bitcoin-Only shop in Portsmouth and buy real-life gifts with crypto currency. A handful of tourists and locals were pleased by our science-themed shirts but were frustrated they couldn’t buy them since they didn’t have Bitcoin to spend. While a few have never heard of Bitcoin, the majority of people coming through the store day-to-day know about it and want to learn more, or impress their friends with their knowledge of the superior money.”

I will have to check this out.