Witches Parking Only! All Others Will Be Toad! 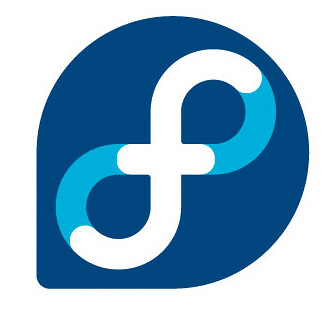 I've been using the Fedora Linux distribution since, well, since there was such a thing as Fedora. (Wikipedia dates this as November 2003.) Over the past couple years, I've taken to installing pre-release versions. Occasionally Alpha releases, but they stopped doing that. Fedora 27 Beta (F27) was released on October 3, I installed it on my home workstation that very day, and it has been "in production" since.

This is not an installation tutorial—other people out there do that better—but I did run into a "gotcha" that may affect a handful of folks. Unfortunately, it requires some background explanation.

I would probably fail a Linux geek purity test, because I don't install Fedora on "bare metal". Instead, I run Oracle's (free) VirtualBox software on a Windows 10 host, and install Fedora as a virtual guest. I started using this method back on my pre-retirement work computers, and it worked so well-like having two computers, one Windows, one Linux, at my fingertips—I continued the scheme at home, post-retirement.

Also: over the past few releases, I've grown fond of the Cinnamon desktop over the default GNOME desktop Fedora provides. Your mileage may vary, and that's fine, but there's a reason that (as I type) Googling "arrogant GNOME developers" gets "about 85,900 results".

I have, by now, ritualized the upgrade method. Which, oddly enough, doesn't involve an upgrade of the existing system. There are a lot of advantages to virtualization, and one of them is that it's easy to generate a new OS installation from scratch, keeping the previous one in reserve in case you mess up.

One of the goodies of Virtualbox is its so-called Guest Additions, which installs into the guest OS and provides (among other things) "shared folders", directories available to both the host and the virtual guest. That's useful to an easy upgrade, as we'll see.

An outline of my upgrade process:

And that's it! I'm eliding a lot of gory details. But…

In Step 4, it's not always obvious what non-default packages you should install, for two reasons: First, the default installation package set always changes between releases, so you might need to explicitly install something you didn't have to previously. Second: You don't want to install something you don't need. So, in practice, it's an iterative process; you observe some breakage due to something you missed, you go back to figure that out. (To a certain mindset, this detective work is kind of fun. As long as you're not racing against the clock to fix something critical to your organization. But I'm not in that position any more.)

But what happened this time is Step 5 failed silently. Why?!

And then things worked. Yay!

Finally, not that it matters, but: tilix is not my cup of tea. I've grown used to/fond of a gnome-terminal feature: tabbed sessions in a single window. You can't do that in tilix, and the developers say: Sorry, no.